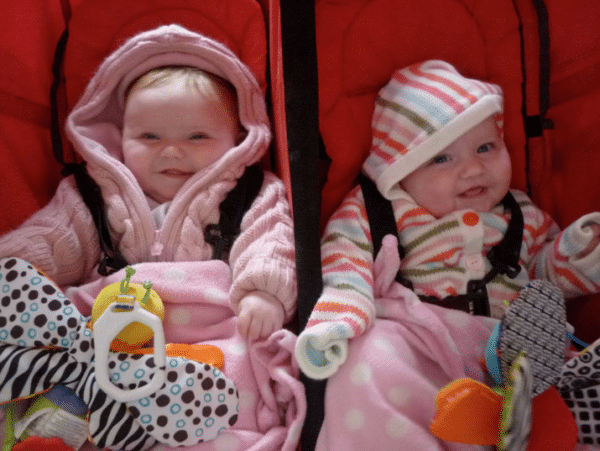 We weren’t very brave when the twins were little and didn’t go abroad with them. It’s only now that we are able to bribe them with sweets that I would even contemplate it – and to be honest the thought does still fill me with trepidation. However in their first year we did take them away in this country to stay with family, just for a bit of change of scene and a few extra pairs of hands to hold a baby for five minutes.

Top Tips for Travelling With Twins

I used to have a standard list I kept on the computer which I would edit and print off. Babies need so much stuff and you really need more than double of everything because the chance of something going wrong is higher. We were pretty good with the things for the twins but it was packing for ourselves we always went wrong. If we were just going for one night we would take loads of changes for the twins and just one for each of the adults. After having to go out and buy new clothes a couple of times because the babies had an accident we soon realised we had to pack as much for us as if we were going away for a week, just in case.

Feeding twins in the early months was the hardest part, whether at home or away. The sheer number of bottles to prepare is pretty daunting. We got into quite a good routine of preparing the food for the next day, last thing at night and always tried to stay on top of it when we were travelling. The picture below was at the height of bottle feeding when they had 5 bottles and a half one for the night time. Just looking at them makes me feel tired.

The guidelines on preparing feeds changes regularly but we would always sterilise all the bottles before we left on a journey and then they would be ready to make up as soon as we got there. We would prepare two feeds one for the journey and one for when we arrived and have a couple of ready made cartons just in case. The biggest challenge was to explain to whoever we were staying with that they couldn’t touch the kettle after we had boiled it.

Older twins need just as much preparation. Now it is taking a few snacks and drinks, but not sweets as that gets them hyper and they can’t have the drinks until we are nearly there so we don’t have to have so many stops.

3. Keep To the Routine

This is the hardest one really. Children are so excited they don’t want to go to bed and you feel so relaxed it’s hard to stick to it. We always end up with one day which is out of the routine. It always makes the next day much harder as you have grumpy children.

Top of the list of things to pack is always muslin cloths and teddies as that’s what the girls use as comforters. We also pack the music they listen at night and any night lights they might have at the time. It’s hard sleeping in a strange room but these little things help them feel secure. The twins have always liked going in their travel cots, luckily so that has helped too.

It’s hard to remember when you are looking after twins but getting away should be fun. We never made enough use of those willing extra pairs of hands. If I could go back to those first few months I would be throwing the twins at aunties and grandparents and heading out for an hour of me time. 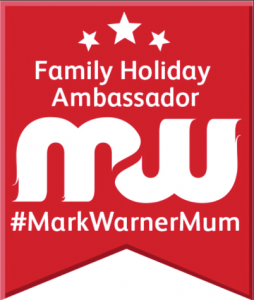 This is my post as a Mark Warner Ambassador. Head over to their blog as you can win one of two £200 Kiddicare vouchers and the chance to win a family holiday if you enter all the challenges set through the year.  But get in quick as the competition closes on the 7th April