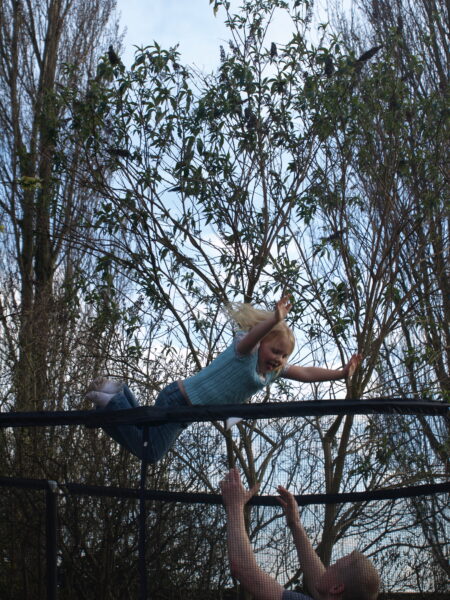 Sometimes kids can be pretty annoying, they go on and on when you’re trying to read a magazine, get ill when you’re supposed to be going on a night out (how incredibly selfish!), need the toilet when you’re miles away from one or when they’ve only just gone, hit you on the head with a balloon at six in the morning before you’ve even had a cup of tea, start every sentence with “muuuummmmmmmeeeeee” even though you are sitting next to them and there is no one else in the room – oh the list is exhaustive.

The thing is, other than these want-to-gauge-your-eyes-out moments there are more things to love about them than otherwise. You’re probably thinking “well you’re a teacher – of course you love kids” but honestly you’d be surprised – it should be the first interview question and in the job description, you’d think it was a requirement to have to like kids in oder to work with them, but some teachers honestly don’t seem to. The thing is I have a sneaking suspicion I actually like kids more than I like adults. I don’t mean this in a twee sentimental way. I know that although they are innocent they aren’t always sweet. There is a raw primal mean side to children, particularly when they are away from prying adult eyes.

1. Children are not judgemental
When you meet a child for the first time they just accept you for as you are. They may tell you that you have grey in your hair or ask why your teeth are yellow but they are questions not judgements. It is this which makes teaching so much easier. Talking to a roomful of adults and you know half of them are thinking: “those shoes don’t match that top, and gosh – she’s packed into that!” – while the other half are wondering what to do for tea and wishing you’d hurry up a bit so they can get home in time for The One Show. Children aren’t doing that – they just accept you. It’s a lot nicer.

2. Children live in the moment
Imagine you’ve had a huge argument with your partner because you sold their favourite console game without asking. They would be annoyed with you for days if not weeks and would probably bring it up every time you have an argument for the next thirty years. Now unless you have a real sulker, children while devastated one minute, the next they will have completely forgotten it. It’s one of the reasons why long term behaviour consequences don’t work. They might have done something really naughty but they’re really surprised when you say they can’t go to the funfair because they have just brushed their teeth so think they’ve been really good. They have no real concept of time so only the present really matters.

3. They trust you implicitly
I don’t know what age it is that kids realise you don’t in fact know everything but I’m dreading it. I may only be a paper god but that’s still pretty amazing while it lasts. My daughter thinks I know the answer to everything (like duh – of course I do) she expects me to be able to do a triple salco at the ice rink (you should see me go) still thinks I came second in The Great South Run, beaten only by Uncle Mark (he cheated) and thinks Adele sounds like me when she sings, although not quite as good (one day Adele, one day). I know there will come a day very soon when she rolls her eyes at everything I say so I’m savouring every moment.

4. They soak up new information
My memory has a strictly one-in-one-out door policy. Although I wish it was the lyrics of Ace of Base ‘All that she wants” which got the boot rather than potentially useful information like where I put my mobile or what is the capital of Denmark. Children absorb information from everywhere, it’s amazing what they pick up with their flappy elephant ears, though not always what you want them to. The twins are just learning to talk and the rate of new words is just thrilling. Watching, and being a part of them learning a new skill is so exciting.

When they get a bit older I love how kids talk about something so excitedly. Their eyes go big and round and their words tumble out. Even the most tough and streetwise child will get like this if you find a topic which really interests them. My daughter loves the trampoline and will be found singing a made up song as she jumps. her latest one is “happinnnnnnesss is jumping on a trampoline!” And the thing is she’s probably right.