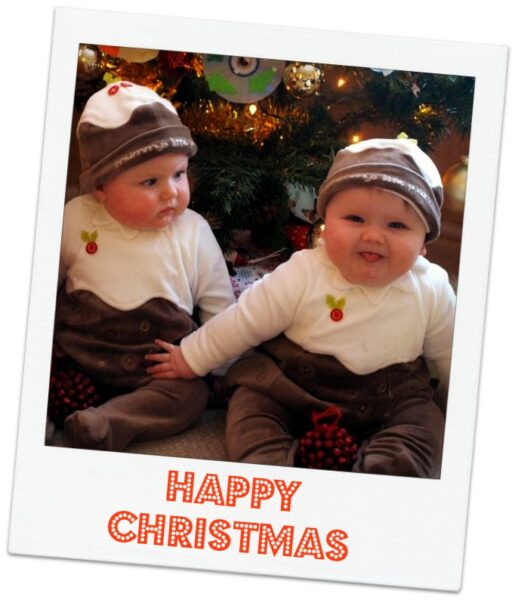 So now it’s December it’s time to give up any last vestiges of normality and abandon everything to Christmas. Well not quite. I don’t put the tree up until a bit later and if I told you all my presents were wrapped and cards written I would definitely be on the naughty  list for telling porky pies. However the sound of a Christmas song no longer makes me cringe so it seems the perfect time to get my Christmas play list sorted. Take a look at our Top 5 Christmas Songs below. What are your top 5?

This evening I have a few Christmas jobs to do. I need to order a few presents online. I have bought everything for the girls. I’m just thinking about getting them a marble run as they saw it in their new favourite TV show Topsy and Tim. It would be a shared gift. The husbands present is done, even though I am slightly appalled by the fact it is December already and I haven’t had my Christmas present – for the last few years I have usually had it by now – I know I’m very spoilt! I have one nephew left to buy for so I need to do that.

I was also going to order some personalised calendars for the grandparents. There is nothing like a picture of their grandchildren to cheer them up at the start of every month. I had this one in mind for December. Read our guide on choosing personalised photo calendars services and making the best use their platforms.

So while I’m ordering presents it’s the perfect time to slip on a couple of Christmas songs and begin to feel festive.

Ok this probably tells you everything you need to know about my taste in music. This for me is the ultimate Christmas song. Heartbreakingly beautiful.

Definitely the most fun to sing and yes – I’ve been an awful good girl.

I don’t know if I love this one still but this was always the song which I looked forward to hearing when I was out shopping. Super silly, but just a tinge of melancholy.

I would never have thought a song by Chris Rea would have been on a list of favourite songs but hey ho, Christmas is a strange time – you don’t want to go with it. There is only one time I want to hear Driving Home for Christmas and that s on Christmas Eve when I am in fact driving home for Christmas. We usually travel down south to stay with my parents at some point over the festive period and if the radio doesn’t play it then I frankly feel cheated and have a proper Christmas sulk.

5. Once In Royal David’s City

This isn’t my favourite carol – that would be O Holy Night or In the Bleak Midwinter however Once in Royal David’s City is the song which makes me instantly 11 again. When I was a chorister I used to do the solo at the Christingle service. It was by far my favourite Christmas service as we would go to the back and parade down the aisle carrying carols. My big moment was to sing the first verse of Once in Royal David’s City on my own, with no music. The rest of the choir and church would come in on the second verse. It was a bit terrifying in case you weren’t on the right note.

One year I was worrying about that so much that I got a bit confused and started singing the second song on our list O Little Town of Bethlehem instead. It was a bad moment when I realised half way through that I was singing the wrong song. I faltered a little bit but decided to carry on. I got to the end and there was a long pause. Then the organist struck up the chords to O Little Town of Bethlehem and everyone sang that as if that was what they were supposed to do. Thank goodness it was so dark because no one could see how red I was blushing.

So now I’m feeling a bit more festive what would be on your top 5 Christmas songs list?

Disclaimer: In association with Photobox