To me having children is a bit like those whack-a-mole toys. You sort one problem out, sleeping for example, and then another one pops up. Having twins amplifies this. One of them is happy, contentedly pottering about, probably pulling books off the shelves or drawing on your favourite diary, the other is clinging at your leg, whining. Sleep is the main thing which highlights this, especially during the first year. You might get a good night with one baby – but the other is sure to wake up. We had a couple of nights where the girls got out of synch and we fed and changed one and then went to sleep for half an hour then the other would wake up.

A while ago I watched a comedian talking about being asked which was his favourite twin (this does happen by the way – I didn’t believe it when someone asked me which one I liked best – don’t people think before they speak?) anyway, his answer was – whichever one is not throwing broccolli on the floor. The only problem is as soon as one of them stops throwing broccolli – or raisons, or cheerios, the other one starts

My girls are over a year old now. Thank goodness we’ve got through the baby stage. So it’s a good time to reflect on life with twins. As with anything, there are good things and bad. 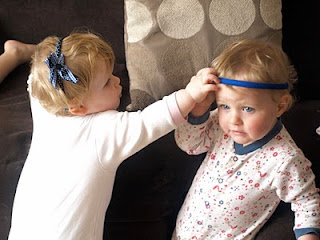 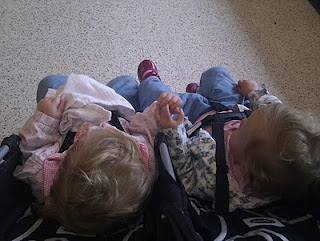 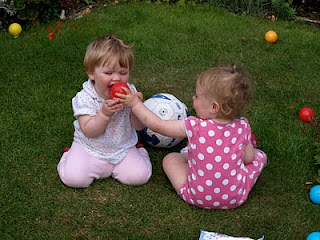 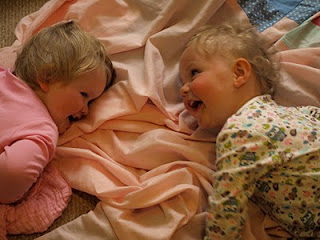 So having twins is all swings and roundabouts, highs and lows. Does the good out way the bad? I’m pleased to say it does – most days.

This post is for the Multiples Mayhem carnival, hosted by Mich at Mummy from the Heart
For more multiple mayhem go to: