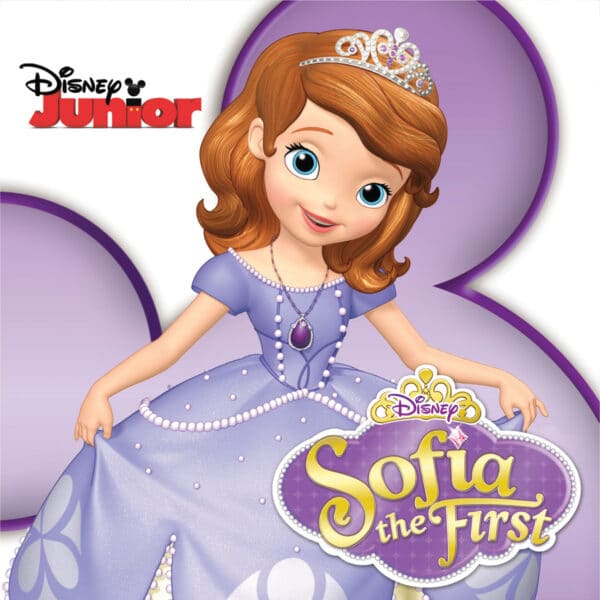 Are your children in the Princess stage? My 3 year old twins love princesses and Sofia the First seems to have been made just for them. It features a young girl, who has been made a princess overnight and has to learn the rules with the help of a bit of magic and some famous disney princesses. They love it!

Except for the fact that I don’t really like to encourage children to aspire to be princesses it is a sweet program, with a moral to each episode – things which apply to young children like being kind, not to judge others. For me the best thing is the music. There are a number of catchy tunes – which would fit in a Disney film. It’s a Cd I don’t mind having in the car and I like the way the girls are learning the songs and singing along with them. The voice of Sofia is by Ariel Winter who plays one of the children in Modern Family. It is interesting listening to her playing a completely different character. Her voice is sugar-sweet but not that irritating.

Our favourite thing is True Sisters and the girls will often sing that even when the music isn’t playing. It also works to play it at bedtime. I mix up the music so that the twins have something to listen to when they are going to sleep and the soundtrack works really well.

Disclaimer: We were sent a copy of the CD for the purposes of this review.