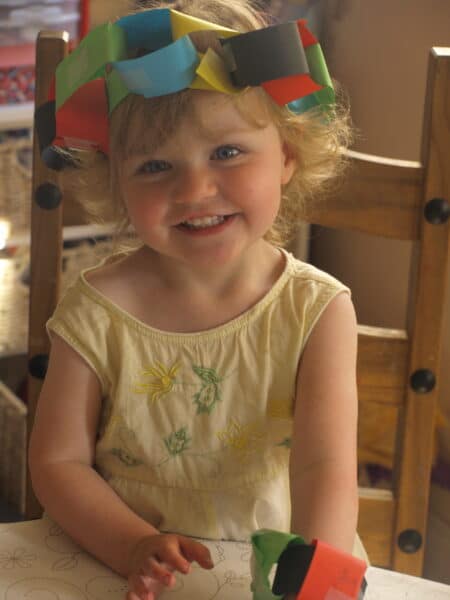 This was such a quick and easy craft. All you need is lots of coloured paper, scissors and glue. Last minute Olympic craft for kids. Make some Olympic ring paper chains. Perfect for decorating the house or yourself!

All you need to do is make strips out of the paper and then turn into paper chains using the Olympic colours.

After we had decorated the house, Molly wanted to decorate herself and turned some of the paper chain into an Olympic crown and bracelets.

Charlotte was quite keen on wearing the crown and looked rather fetching as an Olympic princess.

Check out our other Olympic craft for kids