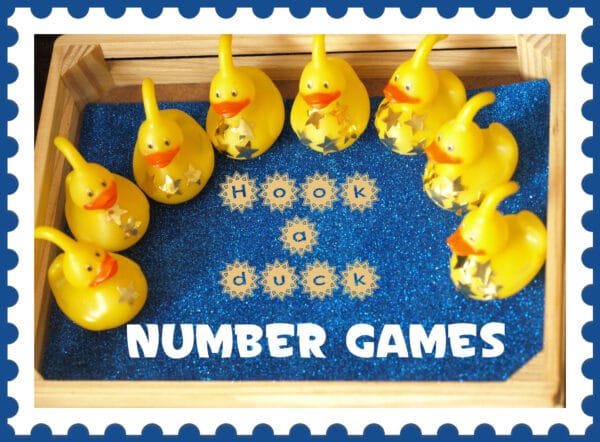 We bought a simple hook a duck game at the start of the holidays. It is great fun to pretend to be at a fun fair. With a few simple tweaks, you can add a bit of sneaky book learnin’ and still keep it fun. We stuck some star stickers on each duck. Later we added a number sticker on each duck’s back.

These are some of the games we played.