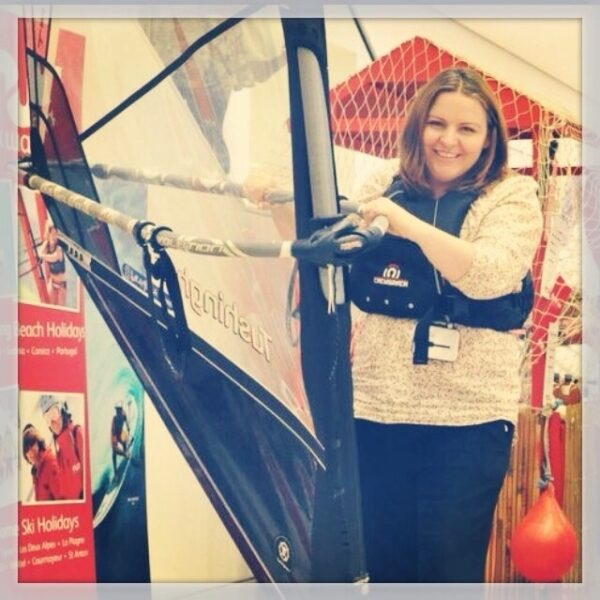 Most days my email inbox is full of spam, you know the sort lots of random strangers wanting to give me there lottery winnings but first I need to give them all my bank details. Just occasionally something really good pops up (and no I don’t mean all the Viagra emails). Nothing quite as exciting as the one from Diet Coke. I still can’t get over the fact they wanted to sponsor me to have a weekend in London so I could party with my friends learn lots of important blogging tips.

I would like to say things went very smoothly but the journey was a bit of a disaster – probably a bit of karma to balance out my good fortune. I arrived in plenty of time which for me is always a bit of a miracle. I checked out the timetable and waited on the platform. As I was about to get on I saw Cat from Yellow Days, who I was supposed to be travelling with, across on the other platform. We waved at each other from across the train windows. I knew there was no way it was her on the wrong platform and not me. When I looked at the timetable there were two trains both going to the same station – one at 3.10 and one at 3.15.

It did feel a bit like we were in some alternate Rom Com. Except instead of a joyful reunion I realised somehow I had booked the wrong ticket so instead of sitting in the lap of luxury in First class sipping champagne and eating freshly peeled grapes and getting a head massage I was down in economy feeling sick because I was going backwards on a Pendalino.

The next day I had similar problems with finding people. I didn’t have an ID badge waiting so had to wait to get it printed and couldn’t find anyone so somehow ended up on the balcony for the first session. Actually that was good as I could look down on everyone below me. That must has balanced things out because I had such a brilliant time the rest of the weekend. Although I did spend all the weekend trying to find people. At least I managed to find someone to eat lunch with and even managed to find a seat with Anya from Older Single Mum.  I was disappointed Donna from Little Lilypad could not go there and then it was lovely to meet Jenny from Mum of One until she had to go home to her poorly little one.

Blogfest itself was very inspiring. Of course there was that feminism debate which has probably inspired the most blog posts. The other panels were interesting and my overall impression was of a lot of intelligent, strong women getting together to have passionate discussions of the subjects they love.

I also got to have a go on a windsurf which I was not expecting to do in land locked London. I would love to work with Mark Warner in the future the holidays look amazing – lots of outdoor adventurous activities for us and the girls. I love holidays where you are so busy you come home more exhausted than you started.

One of the sponsors of Blogfest and of me personally was Diet Coke. I had a breakfast meeting with them and was interested to get some answers to some of my questions about the brand. I’ve always enjoyed diet soft drinks as a bit of a treat but worry about the sweetness used and whether it is actually counter productive to drink them as you eat more later.

Coca-Cola are making a change to using a new sweetener in one of their drinks, which is more natural and has also added new sized cans so you have a smaller portion. There is also a lot of information about how you can enjoy fizzy drinks as part of a balanced lifestyle on their website. There is a Work it Out calendar which hows how much exercise you need to do to still enjoy your favourite drinks. There is also a handy caffeine calendar which is great if you are trying to cut back on caffeine during pregnancy.

The most exciting thing was to see the new adverts, no not the reintroduction of “The Diet Coke Man” but to get to see the Christmas ad. Ever since coke invented the red Santa suit they have been linked with the festive season and you can’t help but feel a bit Christmassy when you hear the refrain “holidays are coming, holidays are coming” even though it is way to early. If you haven’t seen it then get into the Christmas mood here. At the Coca Cola stand we were also given he cutest bottles which have their own Christmassy bow on them.

Of course this is the part where I should give a list of things which I learn to prove that I wasn’t just there on a jolly. I will leave you with the main one, which also stands as my travel tip. If you’re going to arrange to meet someone in a busy place, especially a blog conference do not say that “I’m by the cake.”