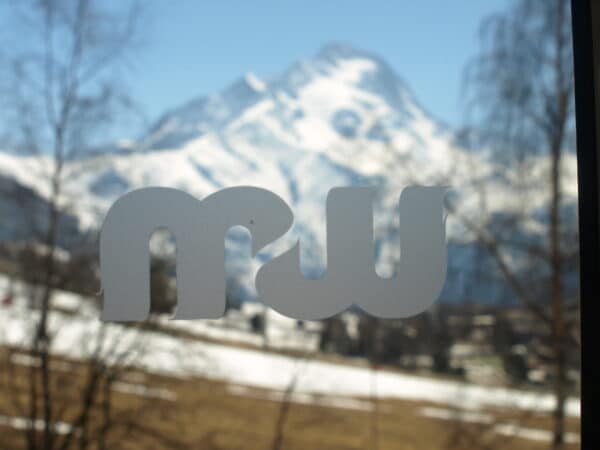 In the Easter holidays, we went on our first ever ski holiday. It was a bit nerve-wracking before we left because we had never done anything like that as a family. In fact, hadn’t yet been brave enough to take all the girls abroad. Luckily we were travelling with Mark Warner as part of their Mark Warner Mums blogger ambassador program. This meant everything had been planned for and there was always someone on hand ready to help if we needed anything.

https://youtu.be/Vd71XvcEfCc
We stayed in the chalet hotel La Berangere in Les Deux Alpes, France. This was a wonderful location, right next to the ski slopes with simply stunning views. The trip to the hotel from the airport took about two hours through beautiful scenery. The girls were so excited as we went into the mountains and saw all the snow as we haven’t had any this year. It’s useful having the Mark Warner staff on the coach ready to answer any questions and set everything up to make things easy when you get to the hotel.

The only slight worry during the journey was there wasn’t a toilet on the coach. Luckily we didn’t need to ask the driver to make an unscheduled stop. On arrival at the hotel we found our room and our bags were taken up for us which meant we didn’t have to fuss with them.

Mark Warner pride themselves on providing fun family holidays. The staff at the hotel were unfailingly cheerful and helpful. The interior of the hotel, while a bit old fashioned, was clean and well maintained. The beds were really comfortable and there were plenty of fresh towels.

We had two double rooms, one with three beds in it for the girls. The rooms were really quiet, we were away from the main part of the town and we couldn’t hear noise from the other guests.

The main plus for the rooms was the amazing view out of the large windows. When we arrived there was a thick layer of snow over the slope and the mist obscured the view. It was incredibly beautiful.

The buildings in the distance looked like a palace from Frozen.

When we awoke the next day we were amazed to see the view free from clouds. The mountains of Les Deux Alpes are spectacular. I could watch them all day as they are constantly changing.

The cloud formations were really interesting to watch. This is a banner cloud which is quite rare apparently.

During our weeks stay, we had lovely weather. This caused much of the snow on the lower slopes to melt and totally changed the view. It was lucky because it made it much easier to walk around the town. The only slight problem this caused was that normally beginners would be learning on the slope right outside our hotel, meaning a short walk to lessons in the morning.

As well as the incredible location the other big plus for the hotel was the amazing childcare which I am going to write about in a separate post. The other big plus point was the food. Every meal was delicious and there was so much choice there was always something we liked. Included in the holiday, was breakfast, high tea and a three course evening meal with wine.

Breakfast was a feast of creamy porridge, cereals, and a full English. The girls got into the habit of finishing breakfast with a pudding of croissants or pain au chocolat.

My favourite meal was the afternoon tea. Timed for just when you have finished your day’s skiing and come back to the hotel absolutely ravenous. The tea is served in the bar so you can sit and point out all the adventures you had on the mountains that day. I love soup for lunch and these were all delicious, with fresh baguettes on the side. There were freshly baked cakes and biscuits. They were always snapped up so quickly it was hard to get a picture.

The children could either eat with the adults in the evening or have children’s high tea. This was either at 5 or 7 depending on the age of the children but the staff were really flexible and didn’t mind if the older children ate with the younger ones. We did a mixture of both and even took the food to our rooms, on the suggestion of the staff on the first night as the girls were so tired from travelling. The children’s menus had a big selection of childhood favourites, with a pudding as well. There were also children’s choices on the evening menu or they could try something more adventurous.

It was lovely having the freedom to eat as a couple in the restaurant. The girls were happy in the cinema club and we found it actually made them settle for bed better. We booked an early dinner on a couple of nights and enjoyed three course and a bottle of wine.

All the food was presented beautifully and particularly in the evening. There were three choices for starters and main course, including a meat, fish or vegetarian option.

Another lovely thing at the hotel was the swimming pool. It was really nice to take the children for a dip in the pool and a good way to relax those aching muscles. The hotel also had a play area for the children with wendy house and water table.

Of course, if you ask the children what they liked best about the holidays, as well as the skiing and the kids clubs they loved being near so much snow!