Are you Team Bieber or Team Fletcher? The battle of the Justins has officially started with Justin Fletcher’s new single Hand’s Up being finally released today. Get your copy here and join Justin’s Army who are busy plotting to get him to Christmas No 1. It is really a battle of the teens versus tweens. 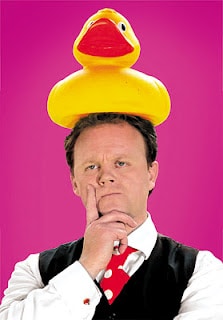 The album is due for release on March 26th. Preorder it here