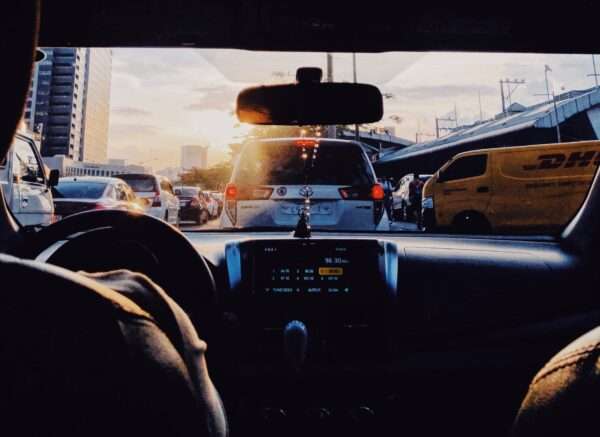 Yes, Los Angeles does have a reputation as one of the U.S. cities with the trickiest traffic, but that doesn’t mean you need to spend all day in rush hour conditions. Whether you’re new to the city or just visiting for a week or two, try these tried-and-true local tricks to avoid the notorious traffic traps of L.A.

Plan freeway trips around rush hour, which typically lasts from 7:30 to 9:30 a.m. and 3:30 to 7:30 p.m. While you might have no choice if you have a strict 9-to-5 job, others should use flex time and otherwise plan around the busiest times to avoid spending valuable minutes and hours in gridlock.

GPS apps make it easy to choose the least congested route for any given trip, so plug in your destination address even if you don’t think you need directions. Using surface streets and avoiding freeways is often your best bet, especially during the aforementioned hours of congestion. Look for an app with live mapping that automatically suggests an alternate route if an unexpected accident or construction jams the most direct way to travel. If you must be somewhere at a specific, very busy time, see if your destination is accessible by public transit, which is often faster than driving even in a car-centric city such as L.A.

Traveling with a friend or coworker allows you to use L.A.’s many carpool lanes, including special high-occupancy vehicle areas on the 10 and other major freeways. Some HOV lanes require two passengers and others three, so read signs carefully to avoid the need to consult with a traffic lawyer Los Angeles. Prefer to travel alone? Add yourself to the waiting list for a Green Clean Air Vehicle decal. If you have an eligible vehicle, you’ll also be allowed to travel in HOV lanes even when alone if you get a decal.

Most congested routes in L.A. have a secret shortcut. For example, to get around the nightmare of the 405, go for the Pacific Coast Highway or Coldwater Canyon. Instead of Hollywood Ave., switch to Franklin or Fountain when you need to get across the neighborhood in a hurry. Zoo Drive is a good substitute for the 134 and locals say that the 90 is barely ever crowded. Once you develop a routine, you’ll get to know the workarounds that work best with your schedule.

Connect With the Highway Patrol

The California Highway Patrol releases SigAlerts on their highway signs, TV, radio and their website when traffic is expected to be particularly bad on certain routes. Even if you’re committed to your GPS app, make sure to check SigAlerts so you won’t be caught off-guard by unusual traffic on your usual route. If you frequently travel near the stadium, familiarize yourself with the Dodgers schedule and steer clear when games are starting and ending.

When you’re in a hurry, you’re more likely to speed through a yellow and end up with a red light ticket Los Angeles. The best traffic tip for navigating L.A.? Give yourself plenty of time to reach your destination so you can drive safely and avoid dangerous distractions.