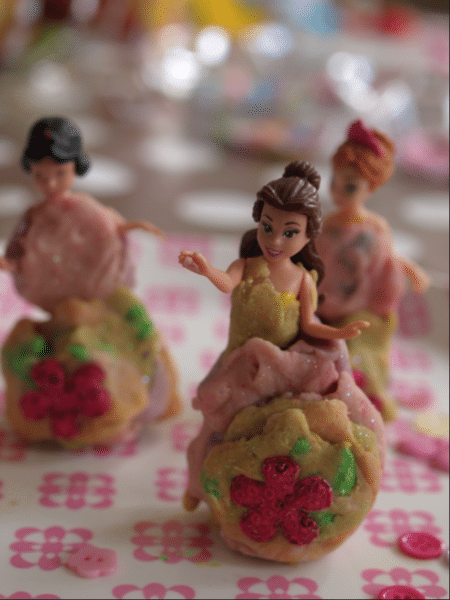 I think with this homemade play doh princess activity I’ve found the Holy Grail of kids activities. What we are all searching for is something which doesn’t take a lot of time to set up but children will play with, independently while you get on with jobs. Ok, it would be nice if it were mess free too but you can’t have everything people. The twins have been playing with this now for 2 hours. TWO hours! Awesome. I have drank a hot cup of tea, done the washing up, I’m even sitting down now writing this while listening to the lovely story telling going on. Seriously this has never happened before. The twins are nearly four and while one of them might love an activity, the other is off drawing on the walls.

So this is how we made a play doh princess set. The twins have been obsessed with watching You Tube toy videos recently. It’s not my favourite thing for them to do. They love the ones where someone is opening a play doh and making things from it. They kept going on about me buying them a play doh princess set for their birthday but I thought we would be able to do a homemade one.

What You Will Need To Make Princess Play doh

Decorations For The Play Doh Princesses

I mixed a large batch of homemade play dough. Then spilt it into four and added a couple of drops of food colouring a drop of two of essence to give it a wonderful smell and lots and lots of glitter. I gave the girls lots of sparkly pretty decorations to finish off their dresses and that was it. As you can see from the picture above they couldn’t wait to get started.

They used all the colours on the dolls and I could see their technique improving. I didn’t help them at all with this activity, in fact they didn’t want any adult intervention once i had set it out and got quite cross when I tried to help.

They talked the whole time about what they were doing, the colours they were using and how beautiful it looked.

I gave the twins their own set of play doh and they were free to choose which decorations they wanted and which princesses to dress.

I was really impressed as they played for two hours and didn’t have a single argument. This was such a lovely activity to do together.

The end results are really great. Rose made the same dress for three of her princesses.

They were both so proud of their creations.

Once the dresses were made the fun didn’t stop there. They carried on playing with the dolls and taking them to the ball and a birthday party.

The opportunities for talk and imaginary play were really wonderful.

I really can’t recommend this activity enough. It was so much fun for the girls and really some days you just need a half an hours peace.

Check Out Our Other Play Doh Creations