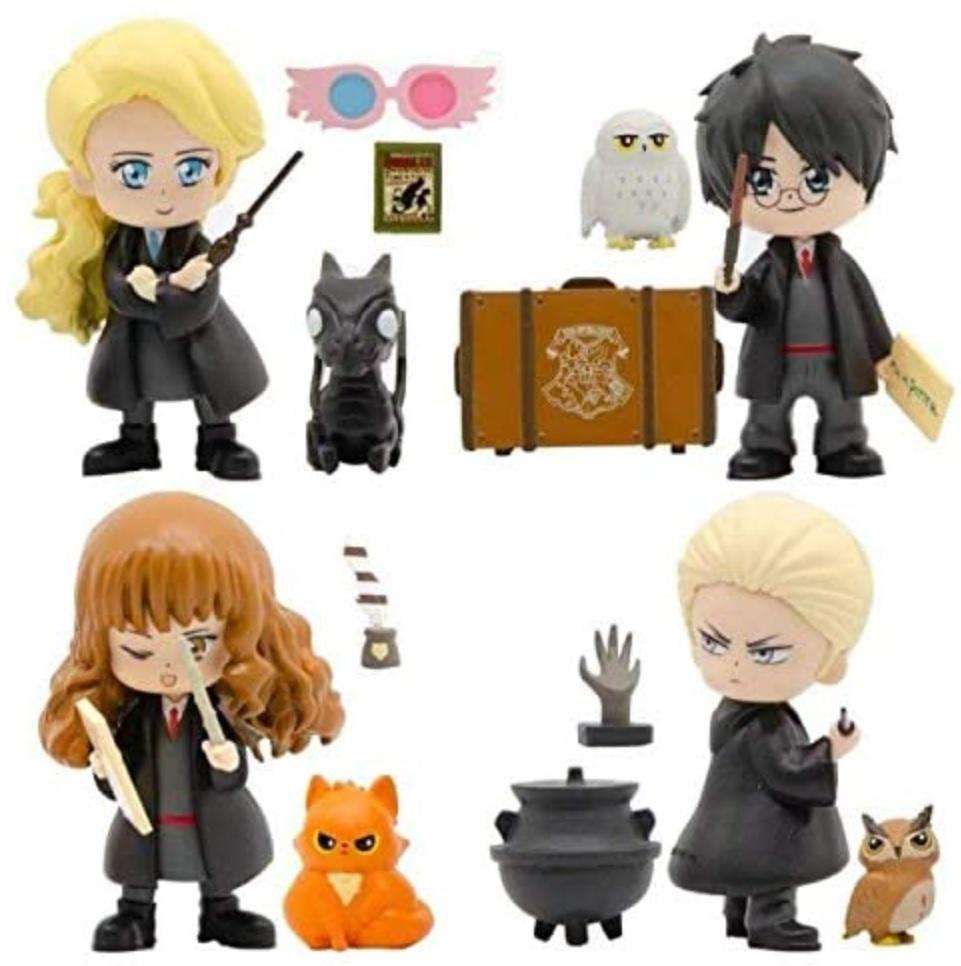 We were sent a Harry Potter Magical Capsule from KAP Toys. The girls have always loved collectible toys, especially ones with lots of packages to open. Now they are ten they have grown out of most of the doll versions of these sort of toys, finally there is one which suits their age group. They love Harry Potter so these were right up their street.

The capsules cost £9.99 so are easy to save up for with your pocket money. There are ten different characters to collect in Series One. Hopefully there will be another series as they are so cute. We would love to see a Hagrid and Dobby character!  You can collect Harry, Ron, Hermione, Ginny, Luna, Draco, Cho, Snape and Cedric as well as a rare figure of Harry on his broomstick.

The toys come in a box shaped like a Hogwarts crest made of hard plastic. This will look really good on your shelf with your Harry Potter collection. There are three openings with different toys inside.

There are seven packages in total. The first two compartments have clues so you can guess which character you have got. There is a Hogwarts crest which changes to show your house. Ours showed Gryffindor. Then there is a strip which shows a spell when you put it under water. The spell we got was ALOHAMORA. In the main compartment, the packages looked like Hogwarts letters and trunks.

The first package was a tiny little book. As soon as the girls saw it was Hogwarts A History they knew they’d got Hermione. She’s the only character who’s ever read it! Next was the animal, an adorable grumpy looking Crookshanks. There was also a tiny little wand and a quill and in. The twins are really into making tiny toys at the moment so they particularly loved these little accessories. The final thing to open was the main character. Hermione is dressed in her uniform and has an anime style face. She is giving a wink.

These sets are really fun and the girls are already saving up to buy more. They want to collect them all but they particularly like the look of the figure of Luna and the animal toy of Hedwig. If you love collecting and Harry Potter these are definitely for you.

Other Harry Potter Things We Love