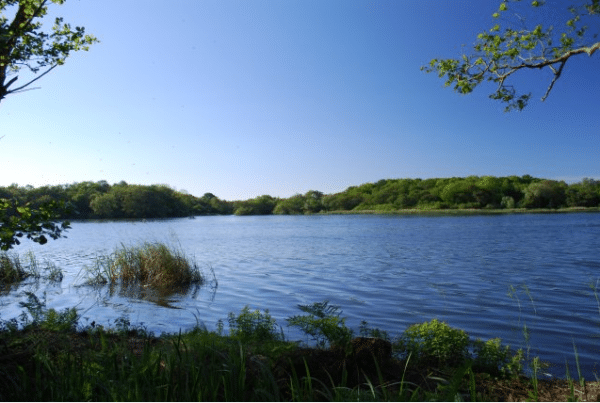 The word “celebrity” and “Norfolk Broads” don’t usually go together, unless you’re thinking of a place Alan Partridge might head to on his holidays. However, this wasn’t the case a few months back when it was reported that film stars Ashton Kutcher and Mila Kunis were headed on a boating holiday at Wroxham while Kunis was filming in the area.

So does this go to prove that the Broads aren’t just for the oldies? Over the years, the Broads tourism board has tried to revamp its image, even opting to call itself Britain’s Magical Waterland in 2010 as an attempt to drum up some publicity. Seals at Horsey

Tacky slogans aside, it does seem like Norfolk has some appeal for celebrities, and here are just a few things that we’ve envisioned Mila and Ashton might do on a holiday to the Broads.

Most people who visit the Norfolk Broads will hire a simple canal boat with basic facilities and go along their merry way, navigating the intricate network of canals and waterways. However, celebrities can hire out something a little more exclusive, with several companies on the Broads offering a range of luxurious boats.

These boats have the added luxuries of DVD players, satellite TV, separate sleeping quarters, and even the bonus of a shower and toilet on board! Well after all, celebs can’t be seen queuing for the shower block with the rest of the normallers.

Mila and Ashton probably would want to find a quiet area to go boating in however – the maximum speed limit on the Broads is 6mph; not good for getting away from those pesky paps.

There are a range of different companies that offer a mix of civilian and celebrity boats, like Richardson’s Boating Holidays which has some popular holiday parks too if you’re more of a landlubber.

Norfolk’s Riviera might not be as classy as the one in the south of France, but rest-assured, Mila and Ashton will have found some serenity in this area of Norfolk. The Broads National Park covers the coast at Horsey where seals can commonly be spotted.

There are lots of walking trails around the area too, including this one which leads to a nice country pub at the end of the trip. No need to worry about being overwhelmed by fans here – this part of the world is more remote and probably hasn’t even heard of the likes of Ashton and Mila.

His and hers activities

Norfolk is home to a plethora of golf courses, including a few royal ones. The exclusive Royal West Norfolk Golf Club is only accessible when the tide is low and is strictly a member’s only club. That shouldn’t be too hard for a celebrity to get access to though.

Ladies (and gents too) can get refreshed at a luxury spa – after all, the luxury boat doesn’t have all the extravagances that celebs expect to pamper themselves with. Congham Hall has all the exclusive treatments celebrities come to expect, including a full day of treatment with lunch and dinner thrown in too for good measure. The hall is a Georgian manor house set in a vast expanse of land in a great rural location – perfect for escaping from the crowds of the city.

After some pampering, celebrities visiting Norfolk might want to check out the local wares and boutiques in the area. Produced In Norfolk is a good guide to the sort of local produce that can be picked up, including delights such as the Beeston Brewery, Mrs Temples Cheeses, Pat’s Wooden Crafts, and Pooch’s Home Baked Dog Biscuits.

There’s also a company called Silver Fox Chocolates – maybe Ashton could nip in there and get something for his old pal Bruce Willis. Whatever they decide to do, it’s not certain whether they could ring ahead to get the shops to close for a few hours, so most celebs need to get their PA on the case.

So, while Norfolk initially might not seem like the most glamorous place to go – it’s actually a serene location with plenty of spots to hide away and simply take in the unique wildlife of the area. Celebrities and the less famous can easily rub shoulders in this relaxed area of the UK and enjoy a good old fashioned holiday.