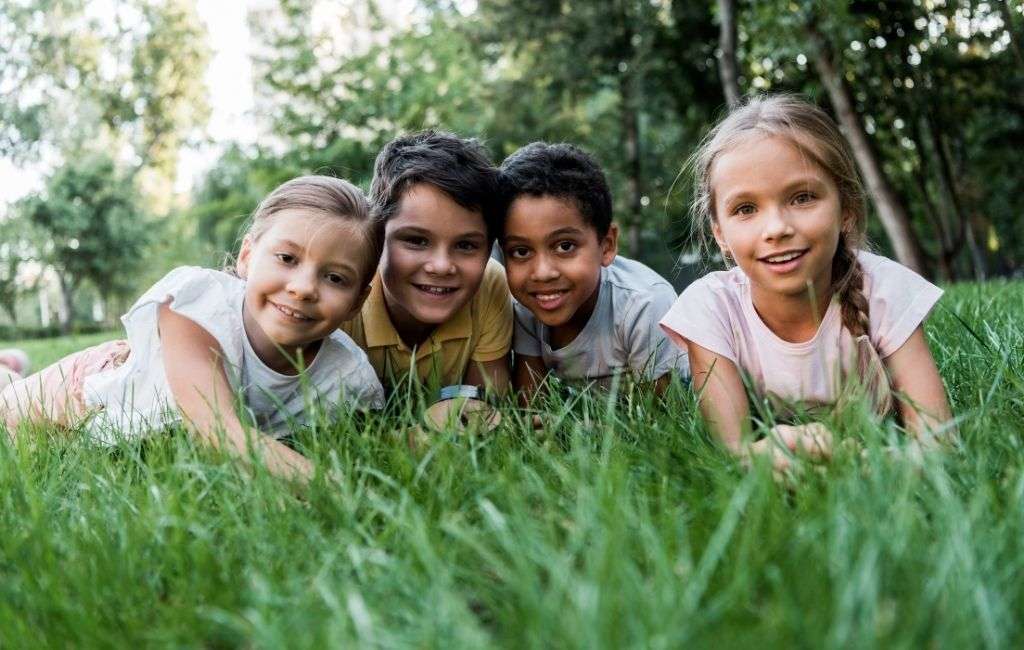 There are many games and activities that kids grow up with—some teach them valuable lessons, like communication, agility, and strategy. These core skills develop early on, allowing them to understand the world a little more. Enhance your child’s learning with these backyard games from around the world to teach your kids.

Red light, green light is the pinnacle of American childhood games—probably more fun than tag. While playing, one player has their back turned to the other participants, signaling green. This game tests children’s gross motor skills, consisting of speed, running, and body control.

Red light, green light is a fun game for all ages and plenty more fun with friends. When the player with their back turned turns, they yell, “Stop.” Then, players must freeze. If they don’t, they’re out.

Football tennis is a strange one but a ton of fun. You play football tennis with your feet, and you attempt to kick the ball over a net.

In this game, children learn teamwork and cooperation. Football tennis requires a lot of communication, so explain the rules to the children before playing.

To play this game, you’ll need a base to act as a net (or a real one) and a ball. Once you have the net set up, you will stand the same way you would in tennis—one to two players stand on either side. Instead of using your hands, you use your feet to get the ball over to the other side. Then, it must bounce twice to count.

One game has transcended the world in many ways, and there’s a fascinating history behind gaga ball and its name. Gaga ball came to the US from Israel by a group of Israeli counselors. The game’s similar to dodge ball, but it’s safer and more fun.

To play the game, you need a gaga ball pit, two teams, and a lot of positive sportsmanship. Players use their hands to tap the ball to the other side, and if it hits below the waist, it’s an out. Once one player remains, the game ends, and their team starts the next round. Also, a player bounces the ball twice to start the game, and for each bounce, players yell, “Ga!” On the second hit, the match begins.

There are many educational games to play with your kids, and these backyard games to take part in are fun for everyone. Start playing new games with the kids to learn something new, have fun, and discover other cultures.