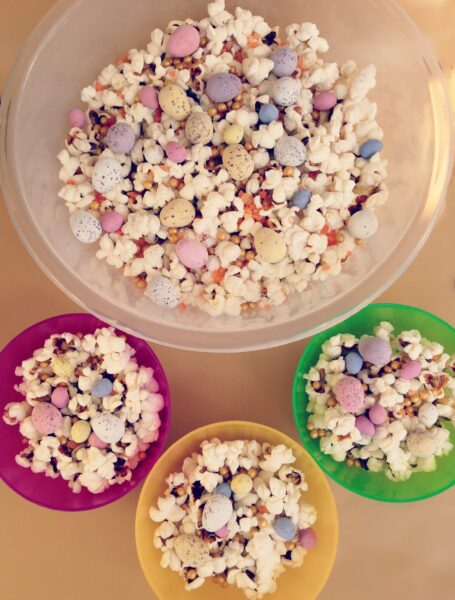 Many parents remember growing up with only three local television stations. Even if you had cable, you certainly didn’t have an endless stream of cartoons to watch. Lassie and The Andy Griffith Show were staples of daytime television, and they still aired in black and white. Vintage television programs and Turner Classic Movies were a way to connect with parents and grandparents. Those shared memories built a legacy you assumed you would hand down to your own children.

Unfortunately, modern technology and cable programming have ruined the family classic, and made it virtually impossible to share your favorite programming-of-old. Kids are more likely to flip to SpongeBob, or search for funny cat videos on YouTube, than sit through a marathon of Full House.

It’s time to face the truth – millennial kids crave entertainment that’s modern, high-definition, and technology driven. But, that doesn’t mean parents have to endure an endless stream of cartoons and Internet videos. If you want your kids to sit through a classic, you’ll need to get creative. The following are modern suggestions for viewing dated television shows and movies with your kids.

1.  Buy it in High-Definition

“What’s a VHS,” said every millennial kid ever.

It’s easy to find high-definition versions of classic television programs and movies. Do a search for the film or television series you want, and it’s likely you’ll find it’s been remastered in high-def., and available for purchase. By upgrading the look of the programming, you’re essentially tricking your child into believing Beethoven is a modern movie, and not a nineties classic.

Children have taken to getting their entertainment-fixes from their devices. Whether it’s a smart phone, an iPod or a tablet, children are firing up their YouTube apps and seeking out humor.

Ask your kid, “Hey, can I see that a minute. I want to show you something.” Search YouTube for comical scenes from your favorite classic cartoons. You can find clips of your favorites, such as Ren & Stimpy (“Don’t pee on the electric fence” will have kids toppling over from laughter). Get them laughing, and they’ll want to watch the rest.

It’s time to clean up your streaming video queue. Start deleting all the modern cartoons and movies, and begin adding some classics from your youth. If you’re not subscribed to a streaming video service, there are ones that feature classics only, and they almost always come with a weeklong free trial. For example, the Hallmark Hall of Fame page features classic movies from the 1990s, including: My Sister’s Keeper, A Dog Named Christmas, and A Place for Annie (Sissy Spacek daytime movie classic).

If the kids want to view the latest CGI-animated-3D-blockbuster, make them sit through a classic first. Say, “I really want to share this movie with you, and I know you’ll be tired after your movie. So, the agreement is: we watch my movie, and then we watch your movie. Give it a chance, I think you’ll like it.” This tactic will prevent children from falling asleep during your classic film because they’ll be excited to watch their movie after. Chances are: they’ll be disinterested at first, but once the movie has gotten underway they’ll be happy they gave it a chance.

5.  Bribe them with Popcorn or Candy

If all else fails, you are allowed to bribe your kids. Let them know there’s a special (tasty) treat in store, if they promise to watch a classic movie with you. You do this and you’re guaranteed to have a captive audience whenever you want one.