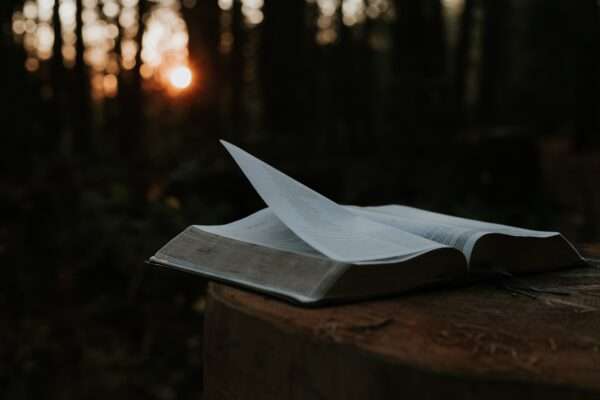 Thoughts of the future can be both wonderful and terrifying in equal measure. There are millions of books across an array of genres that have been created in the past few decades that can cater to all sorts of tastes. But none generates quite as many mixed reviews as novels predicting the end of the world as we know it and the consequent calamitous rise of a dystopian or sometimes utopian society.

Good books have always been an important enduring part of society. Good books are an antidote to loneliness, racism, and discrimination in society, to being stuck. Even when we feel pressured in the present, books can be the ultimate tool for time travel. Books can give you reminders of the past that you want to leave behind and a glimpse at a future with endless possibilities.

If you love to read and derive immense pleasure in sinking your teeth into plots that gave been set in a futuristic world, then here are 5 books that give a glimpse into the future of humanity:

The Martian by Andy Weir

A lot of individuals have heard about the Martian before. However, many have fallen prey to the ‘watch the movie before reading the book’ syndrome. If you are one of those people, you will not believe just how much there is still left to uncover because movies can only incorporate so much from the book without sacrificing creative freedoms.

Past readers of this book rant and rave about it and for good reason. If man were ever to become stranded on Mars, do you think we could get him back home sooner or at all? That’s the question that Andy Weir set off to answer in the most entertaining yet scientific way possible. and that he did successfully with this now-classic novel.

Reading it, it becomes clear why it has become a worldwide sensation. Turned down by every publisher that he turned to, the first-time novelist opted to self-publish the Martian one chapter at a time on his blog before it went viral and hit the New York Times bestseller list and acquired an Academy Award-nominated blockbuster film adaptation soon after.

The Martian works on so many levels and will give you a closer look into the human condition. If you are interested in more books like this, check out this great list from CoolThingsChicago.

All the best sci-fi books use the future to shed light and provoke thoughtful discussions regarding issues in our present. That’s exactly what Orwell’s novel does. This dystopian novel is set in a culture that has fallen prey to extreme government interference, surveillance, and public manipulation.

This novel is well written in all respects. It is rich and satisfying when it boils down to the details, the characters are unforgettable and the prose is so good that you will want to read it over and over. If you have a physical copy, be prepared to buy another one because when it gets borrowed, there is a good chance that it’s not coming back.

A Space Odyssey might be an oldie, but it sure is a goldie. Written in 1968, this novel is even more relevant and applicable than it was back then. What was originally considered the stuff of fiction is now living with us today and it is safe to say that artificial intelligence is indeed the future. This technology is already so pervasive in our day to day life- even something as simple as watching a movie on Netflix is all made possible thanks to AI.

The book is always better than the movie, but once you are done reading, it would be a good idea to check out the movie, which by the way became one of the best science fiction movies made to date, turning a good premise into an even better story characterized by mind-blowing special effects that went to pave the way for the future sci-films that you love and enjoy today. Want to read more books like these, check out this wonderful list from GiftWits.

The Left hand of Darkness

Not only does the Left Hand of Darkness feature an alien race, but one that isn’t confined by gender norms. Though the storyline is definitely what will have you on your toes, you will not be disappointed by the author’s high levels of characterization, as well as the intriguing pose which will deliver the best that fiction has to offer.

By the time you leave Ursula’s winter wonderland, your points of view will never be the same again. Difficult to adequately describe the majesty of this novel, you will have a hard time putting this one down.

The Asimov name is synonymous with modern-day science fiction. A prolific writer that’s celebrated all over the world, Asimov novels are just as popular today as they were in the 50s and 70s. In his Foundation series, he charts the rise and fall of empires in impeccable fashion.

This novel follows Hari Seldon, the founding father of psychohistory, a branch of math that makes accurate predictions thousands of years in advance. According to Asimov, psychohistory could be the thing that saves the human race from the dark ages, so you can see why it is such as mega-hit with lovers of fiction.

A great novel should be, above all things, relatable and Foundation certainly is. Asimov utilizes the genre to explore what it means to be human, and how humans can strive to do more for the race in general. This is a novel about self-discovery, but also hope. It is a bloody good read!

So, you are looking for something fun yet zany to keep your mind occupied during these crazy times that we live in. If you are, this eclectic list fit for the reader looking to escape has something for everyone.  Some of these reads are unnervingly believable while others are just wild trips of the mind’s eye. Nonetheless, all these books present persuasive visions of our thinkable futures.